VIEW MENU
« Back to latest posts

What My Dad’s Death Taught Me About Personal Finance 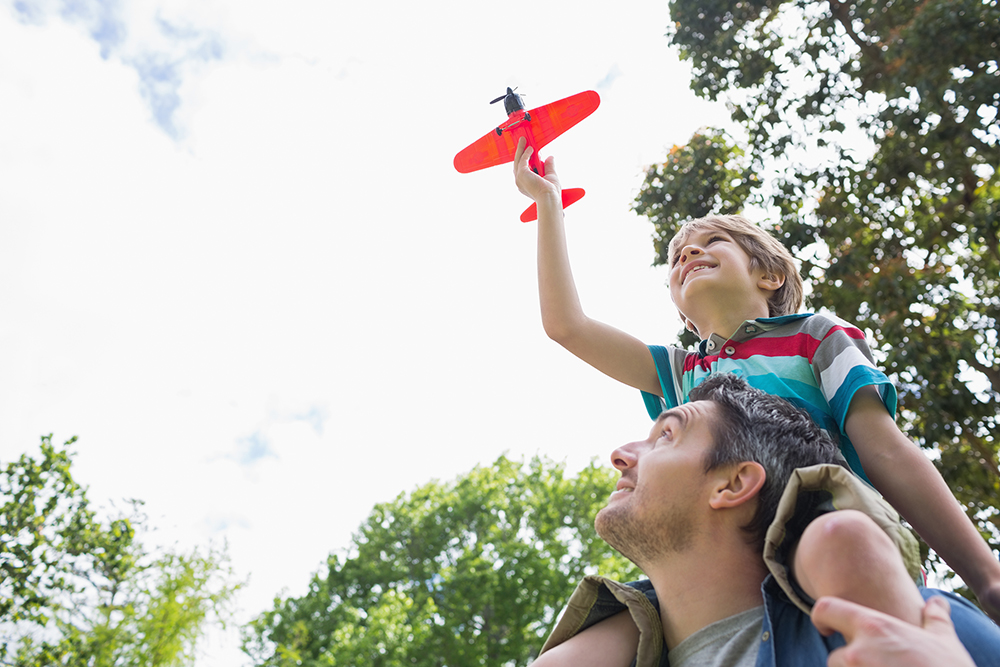 My father was fifty-one when he died of cancer. And with the exception of a house, a mortgage, and a little life savings – he died penniless.

Dad loved to fly. He became a flight instructor to help pay for his hobby, as a way to spend more time in the sky.  He would share his love of flight with anyone. He’d charge only what he thought you could afford, but the truth is, he’d have done it for free.

There was only one thing dad loved more than flying: His boys. He made huge sacrifices for me and my brother. He sold his airplane to help pay for college and insisted that we get our degrees. He would have liked to fly every day, but put his dreams on hold until we could finish school.

He talked about downsizing his home in order to afford an amphibious aircraft, something he could land on a lake he might call home.  He was going to start saving for retirement as soon as we were out of school. He just never got the chance.

It didn’t have to be that way.

The irony is that my father’s sacrifices provided me with the education, training and set of transferable skills that could have saved him the sacrifice in the first place. I could have readily shown him how to put his kids through school, save for the home on the lake, purchase his dream aircraft and retire comfortably. The kicker is, he might even have been able to do so without changing his standard of living or the amount of money he got to spend every month.

I do not believe people should have to struggle financially simply because they cannot throw a 98 mile-an-hour fastball or star in this years’ Academy Award winning film.  I believe that people just like my dad can send their children to college, retire early and debt free with well over a million dollars in retirement savings. And I believe they can do it on a middle income wage earner’s salary.

Most of what appears above I wrote more than 20 years ago – a few years aftermy dad passed. I never shared it, never made it public, never completed it until now. But I came across it recently and realized that what I had (merely) believed back then, I can point to now.

Evidence you don’t have to struggle financially. That you can put your kids through college, retire debt-free, and become a millionaire. And evidence that those skills are indeed transferable.

I recently became a private pilot myself. And as I was going through the training I got to thinking, no one would ever think you learn to fly an airplane in your head. As if you take a class, pass a final exam, and then some bloke hands you the keys and says “okay, have at it.”

Yet when it comes to personal finance, too often we often we retreat back into our heads. Traditional financial planning leans heavily on knowledge and information, relying on probability analysis and predictive algorithms to pre-determine the path to achieving ones financial life goals.

But the world doesn’t work that way. The future has always been uncertain. And the speed and complexity of today’s change is leaving many Americans behind – disoriented and struggling to cope.

What worked in the past is no longer adequate. And knowledge and information, once stable sources of economic power, are no longer enough.

What is needed is a radical reinterpretation of financial planning

This orientation towards prediction and probability is at the root of the problem we see with traditional financial planning. In our view of financial planning, skills matter. And because new skills make available new possibility, our primary aim is to help clients cultivate the personal financial skills and sensibilities necessary not just to cope, but to thrive in a world of uncertainty.

If life were merely random there’d be no point in cultivating new skills. And no reason to engage in our brand of financial planning. Your possibilities would be defined by your probabilities. On the other hand when nothing is certain, far more is possible. It’s in this spirit of uncertain adventure that we engage with you in conversations for possibility, for co-creating your future, and for reinventing your financial reality. Call us, and let’s discover what’s possible for your unique financial situation.

Who We Work With
We help California educators, self-employed professionals, and others like you turn Debt & Taxes into Savings & Investment.
Schedule A Call
Are you ready to take a different approach to your personal finances? Call us at (916) 780-1848
Upload Files
Self Employed Professionals

In 2001 we began offering our services to self-employed professionals. Truth is many of our teacher clients were married to small business owners, so in a way we were already serving the self-employed.

Plus, our founder had been self-employed since graduating from college, and knew all-to-well how tricky navigating this world could be.

Working for yourself has its perks. In theory there’s more autonomy when you’re calling the shots. But that autonomy often comes at a cost. Taxes can be particularly burdensome on the self-employed. And the recent Tax Cut and Jobs Act of 2017 (TCJA) re-shuffles the deck on many age-old tax strategies.

The Tax Cut and Jobs Act is helping us turn even more Debt & Taxes into Savings & Investment for our self-employed clients.

Navigating the effects of the TCJA is something everyone will need to do. But for self-employed professionals, TCJA presents both the threat of 60+% effective marginal income tax rates – and the possibility to have government contribute a significant portion of self-employed earnings towards retirement by way of federal tax savings.

Many of the law’s provisions are due to expire come 2026. In the meantime, the Tax Cut and Jobs Act is helping us turn even more Debt & Taxes into Savings & Investment for our self-employed clients.

While our practice is focused on serving the needs of California Educators and the Self-Employed, we have clients from all walks of life.

Most came to us around age 50. Some needing to pay for their child’s college education, others wanting to start saving for retirement.

Many of the strategies and techniques we employ today were developed as a direct result of interactions with our clients. And so they reflect the concerns and challenges we faced, alongside our clients at the time.

That was all driven by a desire to acquire the knowledge and information necessary to serve the best interests of our clients.

But serving those interests takes more than just knowledge and information. It takes skills, sensibilities, and the kind of learned intuition born of repetition, planning, patience and practice.

And it takes relationships. Without the kind of trusted relations we’ve enjoyed over the past 25 years, we could have never developed the skills and sensibilities necessary to help our clients.

Cultivating relationships of trust is our primary concern. Without these relations there is no possibility, and our business itself cannot exist.

Which is why we’ve chosen to work directly for our clients. While other advisors may be employed at Wall Street firms or contracted with insurance companies, we maintain our independence by working for you, and no other.

Our allegiance is to our clients, and as Certified Financial Planner™ professionals, and fiduciaries under the Investment Advisers Act of 1940, we are held to a standard of care that requires we act in your best interests.

If you think our unique approach can help, let us know. We’d be honored to serve you.

Since 1990, we’ve been teaching members of the California State Teachers’ Retirement System how to restructure the liabilities-side of their balance sheet in ways that afford the opportunity to have more, spend more, and save more money than they otherwise thought possible.

And by increasing their capacity to save and invest while maintaining their current standard of living, we opened the door to take on less portfolio risk and/or choose from more socially responsible investments.

Still others have found that paying for things like college tuition, a debt-free retirement, and/or their parents’ health care needs, to now be within reach.

Along the way many of our teacher clients transitioned into retirement, and found themselves in entirely new territory.

We were there, helping to navigate a world of CalSTRS retirement options, of Social Security offsets, of Medicare, health care decisions and required IRA distributions.

We’ve been there too for the unexpected – premature death, untimely divorce, a career ending disability. And we’ll be there in the future as well, helping educators navigate the uncertainties of life, the unpredictable, the unknown unknowns.