VIEW MENU
« Back to latest posts 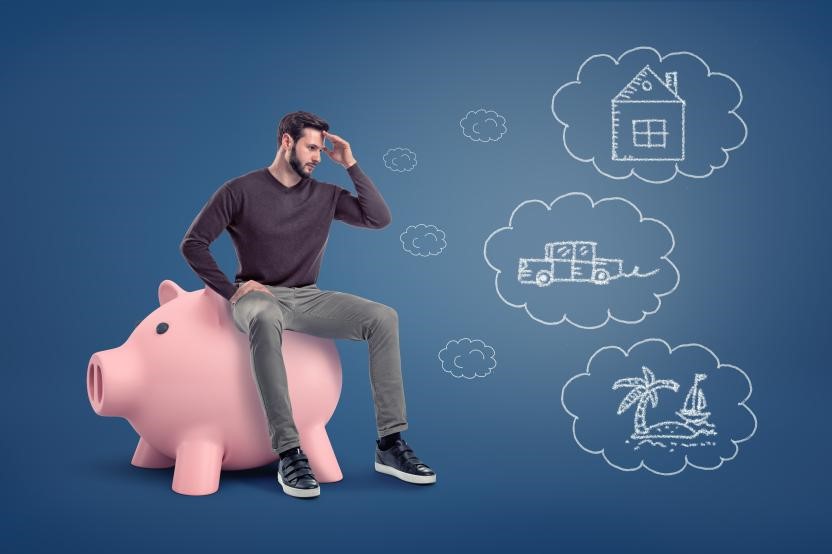 It’s a common trope among certain types of financial planners: “Save more, spend less… and don’t do anything stupid.” So celebrated is the phrase with some advisers, organizers of a recent conference emblazoned it across baseball caps – attendees proudly wearing the hats as if they were at a MAGA rally.

Beyond the condescending tone and hyperbole however, lies a particular kind of Wall Street fear mongering: Americans of all stripes are facing a looming retirement crisis to which there is no alternative. Cut out your lattes and other discretionary spending or you are destined for destitute. But don’t worry, we’re here to help – just buy our stocks, bonds and annuities.

There’s little doubt that in the aggregate, American’s need to save more. A Boston College survey reports that American’s face a $7.7 trillion retirement income deficit[i] – the difference between what we now have saved, and what we should have saved by now.

But unless you consider debt and taxes to be spending, saving more doesn’t require you to spend less.

Together, we Americans owe almost $14 trillion in combined household debt[ii] and pay over $2 trillion each year in state and federal income taxes.[iii]

If only there were a way to turn Debt & Taxes into Savings & Investment.™

Transforming debt and/or taxes into savings opens the possibility to keep our lattes. And what’s more, save adequately for retirement while spending more, rather than less on the many other things we care about.

That’s because the very act of savings means not spending that same income. Consider for the moment a married couple, California educators earning a combined $150,000 a year. At first glance it might appear that this couple will eventually need to replace their $150,000/year earnings. Yet further investigation reveals that as California State Teachers’ Retirement System (CalSTRS) members, their gross paychecks are already reduced by 10.25% – the employee’s contribution to the retirement system.

And watch what happens to their retirement income needs if our CalSTRS couple starts saving 10% of their income via pre-tax 403(b) contributions:

This simple accounting exercise paints the picture Wall Street doesn’t want you to see, for:

The more you save, the less you need to save for.

Not having to replace $45,000 is like not having to have $1M saved for retirement – because a million dollars is roughly the amount it takes to generate $45,000 a year of sustained retirement income.

Yes! Indeed it does!

What initial appears to be a paradox, is actually a fundamental accounting truth:

This leads to the paradox:

But this only looks like a paradox because we tend to think of savings as coming from (i.e. “out of”) spending. But when savings & investment come not at the expense of spending, but at the expense of debt and taxes – existing spending is spared and the paradox disappears.

And along with it any fear and loathing associated with “save more, spend less… and don’t do anything stupid.”

Turning Debt & Taxes into Savings & Investment allows you to Save More, Have More and Spend More.™

Often, more than you ever thought possible.

[i] Center for Retirement Research at Boston College

Who We Work With
We help California educators, self-employed professionals, and others like you turn Debt & Taxes into Savings & Investment.
Schedule A Call
Are you ready to take a different approach to your personal finances? Call us at (916) 780-1848
Upload Files
Self Employed Professionals

In 2001 we began offering our services to self-employed professionals. Truth is many of our teacher clients were married to small business owners, so in a way we were already serving the self-employed.

Plus, our founder had been self-employed since graduating from college, and knew all-to-well how tricky navigating this world could be.

Working for yourself has its perks. In theory there’s more autonomy when you’re calling the shots. But that autonomy often comes at a cost. Taxes can be particularly burdensome on the self-employed. And the recent Tax Cut and Jobs Act of 2017 (TCJA) re-shuffles the deck on many age-old tax strategies.

The Tax Cut and Jobs Act is helping us turn even more Debt & Taxes into Savings & Investment for our self-employed clients.

Navigating the effects of the TCJA is something everyone will need to do. But for self-employed professionals, TCJA presents both the threat of 60+% effective marginal income tax rates – and the possibility to have government contribute a significant portion of self-employed earnings towards retirement by way of federal tax savings.

Many of the law’s provisions are due to expire come 2026. In the meantime, the Tax Cut and Jobs Act is helping us turn even more Debt & Taxes into Savings & Investment for our self-employed clients.

While our practice is focused on serving the needs of California Educators and the Self-Employed, we have clients from all walks of life.

Most came to us around age 50. Some needing to pay for their child’s college education, others wanting to start saving for retirement.

Many of the strategies and techniques we employ today were developed as a direct result of interactions with our clients. And so they reflect the concerns and challenges we faced, alongside our clients at the time.

That was all driven by a desire to acquire the knowledge and information necessary to serve the best interests of our clients.

But serving those interests takes more than just knowledge and information. It takes skills, sensibilities, and the kind of learned intuition born of repetition, planning, patience and practice.

And it takes relationships. Without the kind of trusted relations we’ve enjoyed over the past 25 years, we could have never developed the skills and sensibilities necessary to help our clients.

Cultivating relationships of trust is our primary concern. Without these relations there is no possibility, and our business itself cannot exist.

Which is why we’ve chosen to work directly for our clients. While other advisors may be employed at Wall Street firms or contracted with insurance companies, we maintain our independence by working for you, and no other.

Our allegiance is to our clients, and as Certified Financial Planner™ professionals, and fiduciaries under the Investment Advisers Act of 1940, we are held to a standard of care that requires we act in your best interests.

If you think our unique approach can help, let us know. We’d be honored to serve you.

Since 1990, we’ve been teaching members of the California State Teachers’ Retirement System how to restructure the liabilities-side of their balance sheet in ways that afford the opportunity to have more, spend more, and save more money than they otherwise thought possible.

And by increasing their capacity to save and invest while maintaining their current standard of living, we opened the door to take on less portfolio risk and/or choose from more socially responsible investments.

Still others have found that paying for things like college tuition, a debt-free retirement, and/or their parents’ health care needs, to now be within reach.

Along the way many of our teacher clients transitioned into retirement, and found themselves in entirely new territory.

We were there, helping to navigate a world of CalSTRS retirement options, of Social Security offsets, of Medicare, health care decisions and required IRA distributions.

We’ve been there too for the unexpected – premature death, untimely divorce, a career ending disability. And we’ll be there in the future as well, helping educators navigate the uncertainties of life, the unpredictable, the unknown unknowns.